It’s Workers’ Memorial Week and National COSH have released their annual Dirty Dozen report and Sarbanand Farms is Included. Based on information from workers, unions, COSH groups, safety advocates and allies, they have documented stories from twelve companies that put workers and communities and risk with unsafe practices.

Read  press release below. The “Dirty Dozen 2018” report is available online here; the Executive Summary in Spanish here and Workers’ Memorial Week infographics are available in English and Spanish here.

SAN DIEGO, CA – The National Council for Occupational Safety and Health (National COSH) announced today “The Dirty Dozen” employers of 2018, highlighting companies that put workers and communities at risk due to unsafe practices. The Dirty Dozen 2018 report is released in observance of Workers’ Memorial Week, honoring workers who lost their lives on the job, as well as those who have suffered workplace injuries and illnesses. 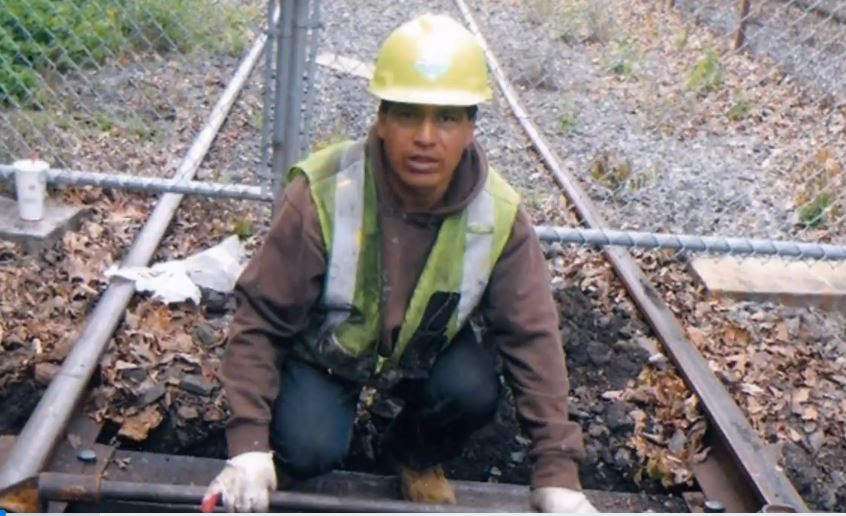 “It’s heartbreaking to see workers lose their lives when we know these tragedies could have been prevented,” said Marcy Goldstein-Gelb, co-executive director of National COSH. “Time and again, employers are warned about unsafe conditions. When companies fail to correct safety hazards, it is workers who pay the ultimate price.” 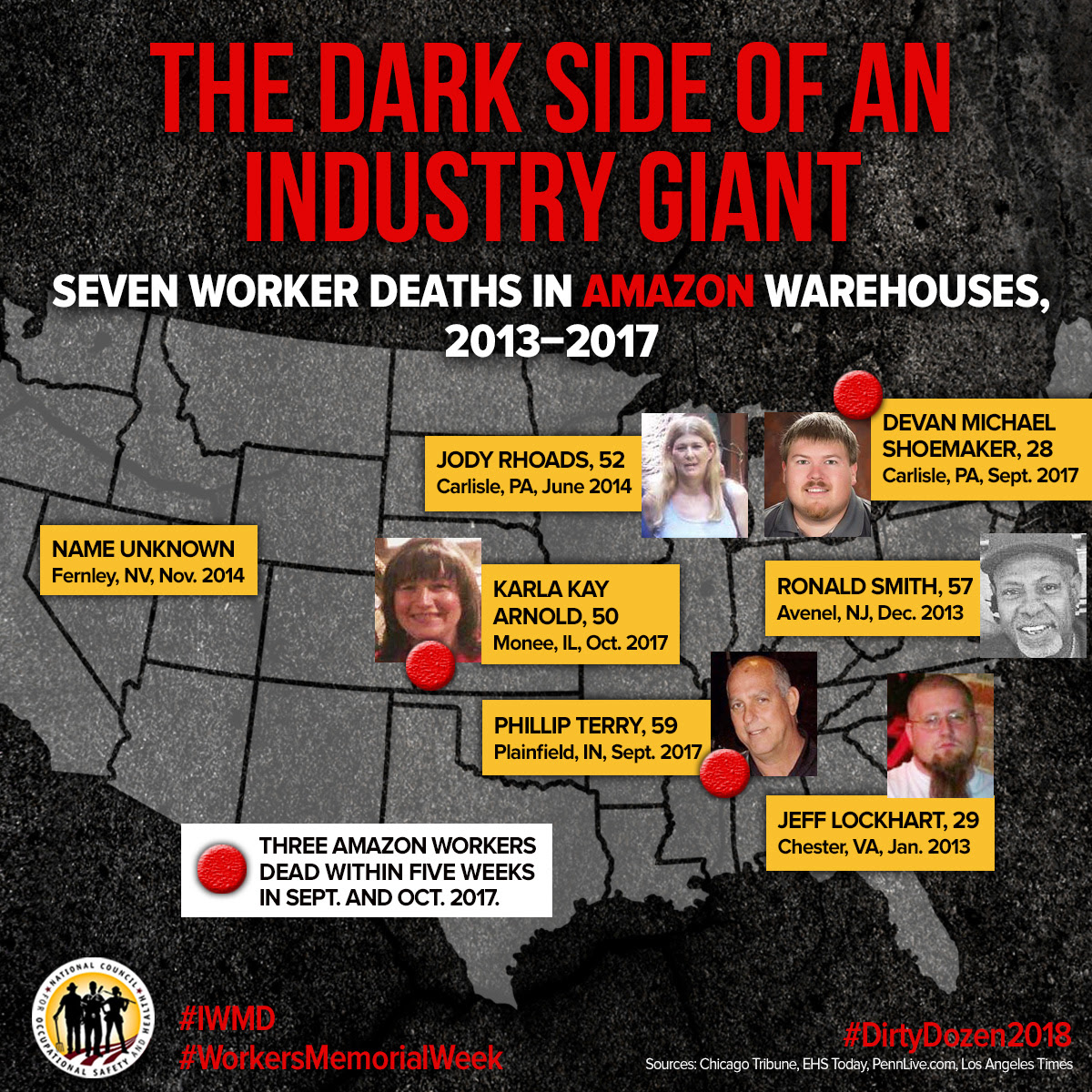 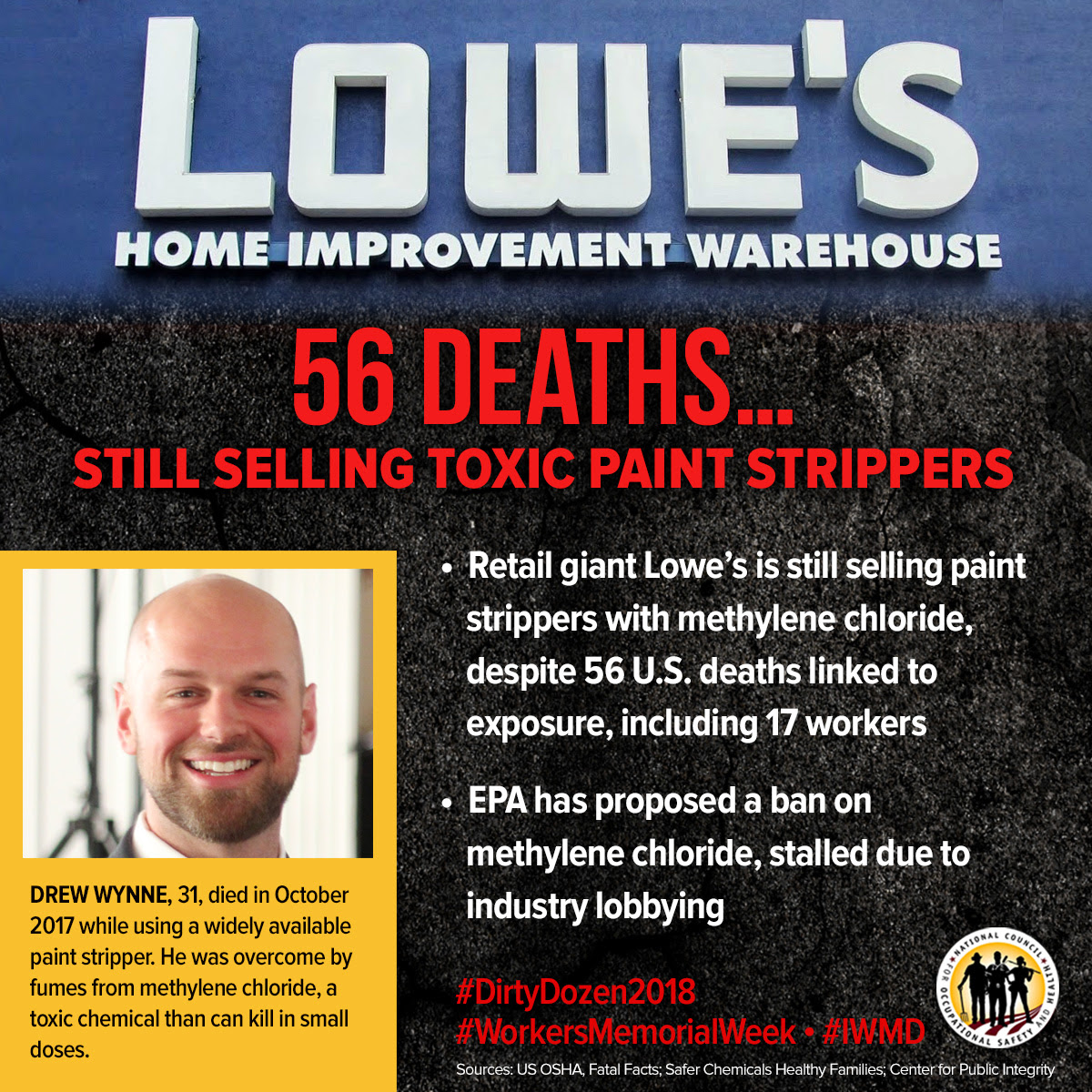 Lynnway Auto Auction – Billerica, Massachusetts: Five dead in preventable auto crash – including a 37-year-old mom working her first day on the job. Lynnway was cited by OSHA and warned of vehicle safety hazards in 2014.

“My brother didn’t need to die, and we don’t want to see this kind of tragedy happen to other families,” said Brian Wynne. Brian’s brother Drew, who owned a coffee roasting business, died from exposure to methylene chloride that was contained in a Goof Off paint stripping product he purchased at Lowe’s.

The Wynne family has joined a campaign to convince the giant retailer to stop selling products containing methylene chloride, which is linked to more than 50 deaths and can be toxic in very small doses. “We’ve been meeting with members of Congress, senators and anyone who will listen,” said Brian Wynne. “We will leave no stone unturned.”

“Workers at Tesla have been speaking up about health and safety concerns for over a year,” said Jonathan Galescu, a worker at the company’s Fremont, California assembly plant. “We’re making clean cars – we shouldn’t have to put up with dirty jobs. Too many workers are getting hurt and management seems to be trying to sweep the problem under the rug.”

Reports in May and December 2017 from Worksafe, a National COSH affiliate based in Oakland, documented recordable and serious injury rates at Tesla much higher than average for the automotive industry.  Based on recent reports from RevealNews.org, CAL/OSHA is investigating whether Tesla is failing to record serious injuries that occur inside its manufacturing plant. 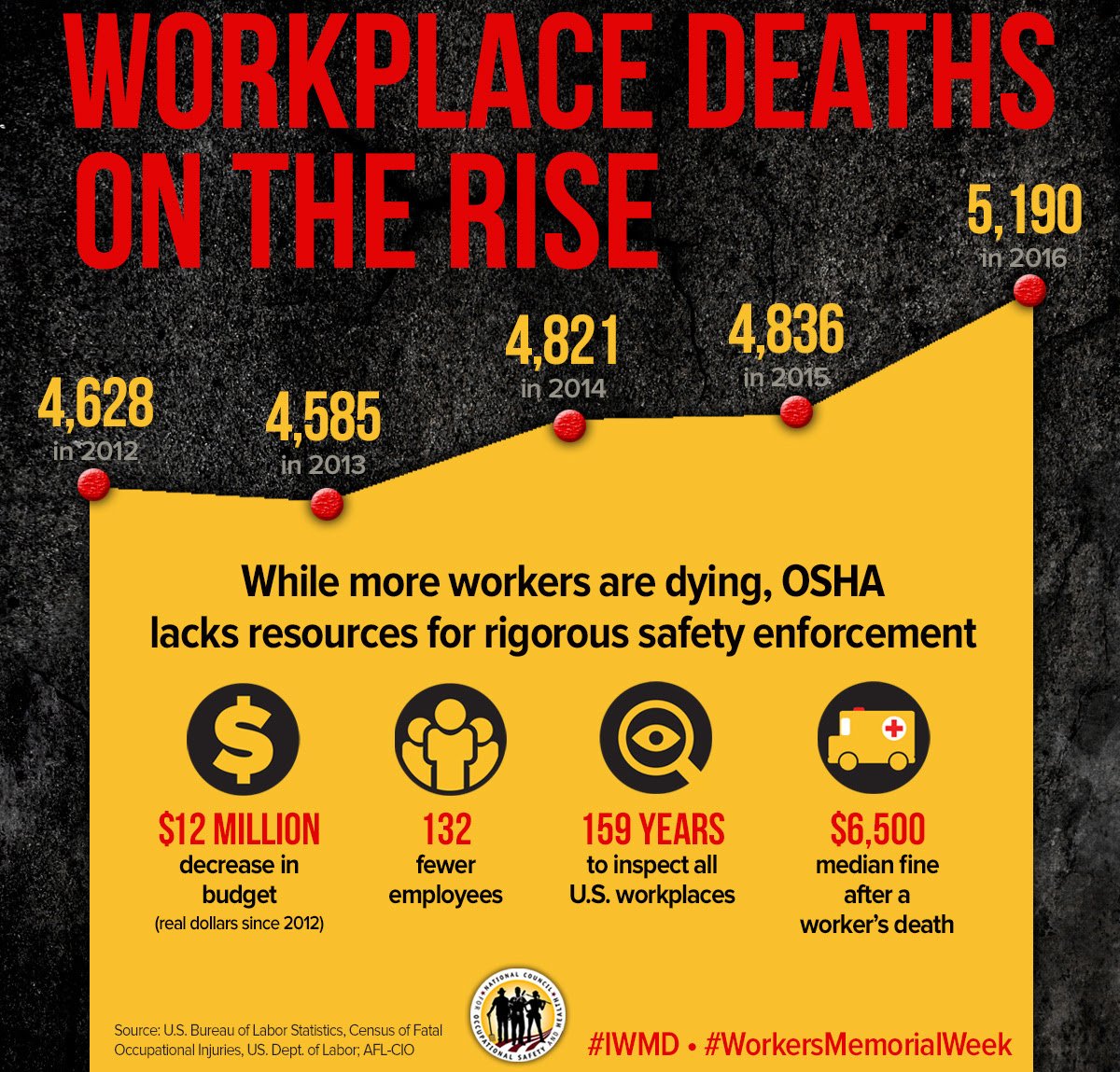 Data presented in the National COSH “Dirty Dozen” report show that workplace deaths in the U.S. are on the rise. According to the latest information from the U.S. Bureau of Labor Statistics, there were 5,190 deaths from workplace trauma in 2016, an increase of seven percent from 2015 and a 12 percent increase since 2012.

The budget for the U.S. Occupational Safety and Health Administration (OSHA) has declined by 12 percent since 2012 and the agency has 132 fewer employees.

OSHA and other safety agencies, including the National Institutes for Occupational Safety and Health (NIOSH), were targeted for further budget cuts in FY 2018, along with the elimination of the U.S. Chemical Safety Board and Susan Harwood Training grants. Harwood grants assist unions, COSH groups, employer associations and other non-profits in providing training to vulnerable workers.

Worker and their unions, COSH groups, worker centers and safety advocates carried out a sustained outreach effort to members of Congress and convinced a bipartisan majority to avoid dangerous cutbacks in programs that protect workers and families.

“We need more resources for research, training and enforcement, not less,” said Goldstein-Gelb. “Otherwise, employers like the Dirty Dozen get the message that it’s okay to cut corners on workplace safety. It’s not okay– ever – when a worker doesn’t come home to his or her family.”

The “Dirty Dozen 2018” report is available on the National COSH website here. Workers’ Memorial Week infographics are available in English and Spanish here.

Workers’ Memorial Week is a global event to honor workers who lost their lives on the job and their families, as well as recognize those who suffer from occupational injuries and illnesses. In the United States, dozens of activities in 35 states will remember fallen workers. A listing of events is available on the National COSH website. 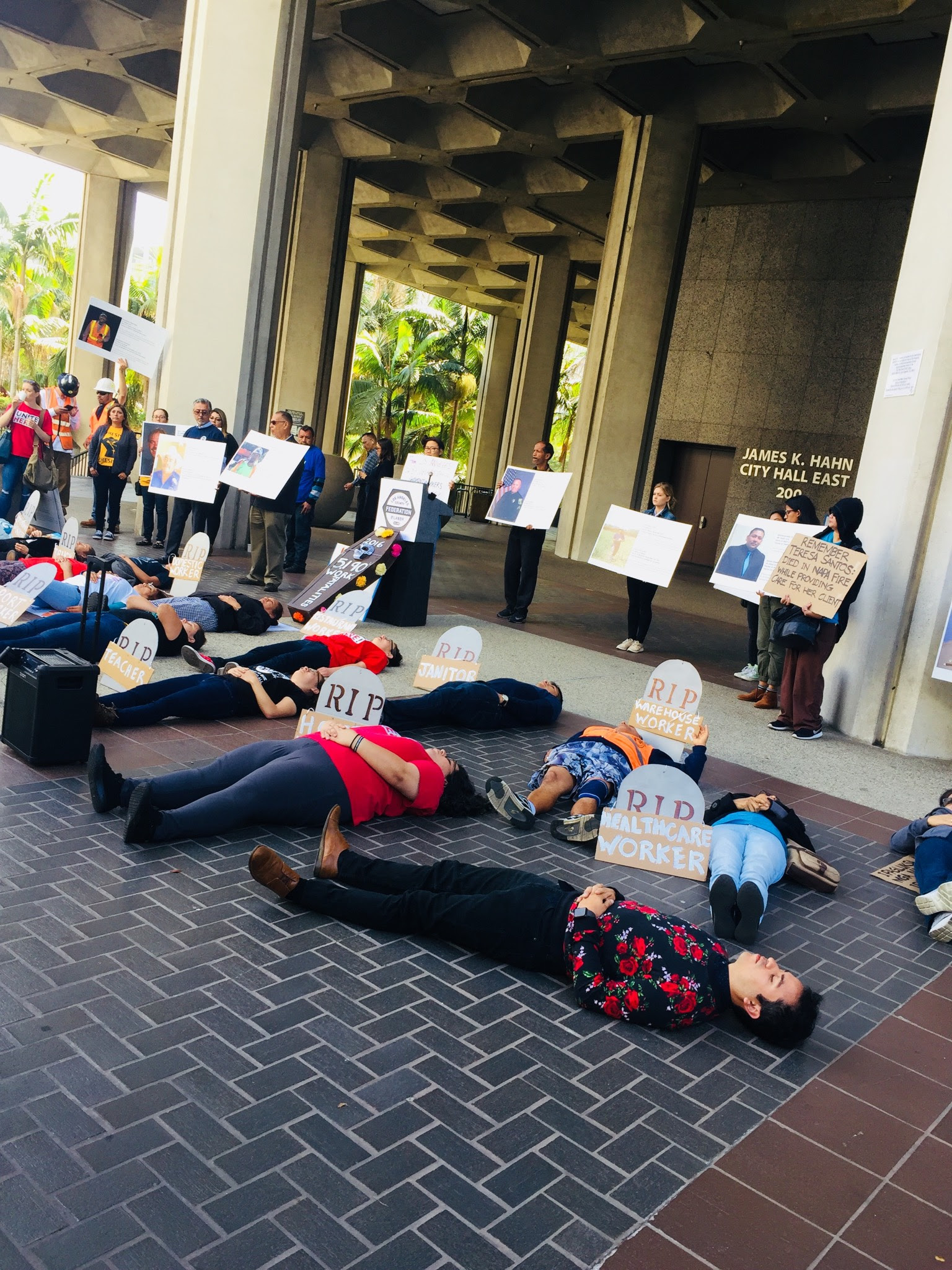